The creation of the Bologna Exhibition booth comes from the study of the new collections of mosaic, exhibited during the event.   As regards the new coatings, my idea was a container with a strong presence and bold lines, inside the stylized representation of a traditional Roman SPA, here reinterpreted in a modern and refined key.  The mosaics are applied in the three key passages of the peculiar thermal path of ancient Rome:  the frigidarium with a long basin with cold water, the calidarium represented by the central mosaic large tub that serves as a sauna and finally the tepidarium where you can take a shower before heading outdoors.  In the background of the booth, a sort of mosaic bench leads to a relaxing view of the exhibition booth. 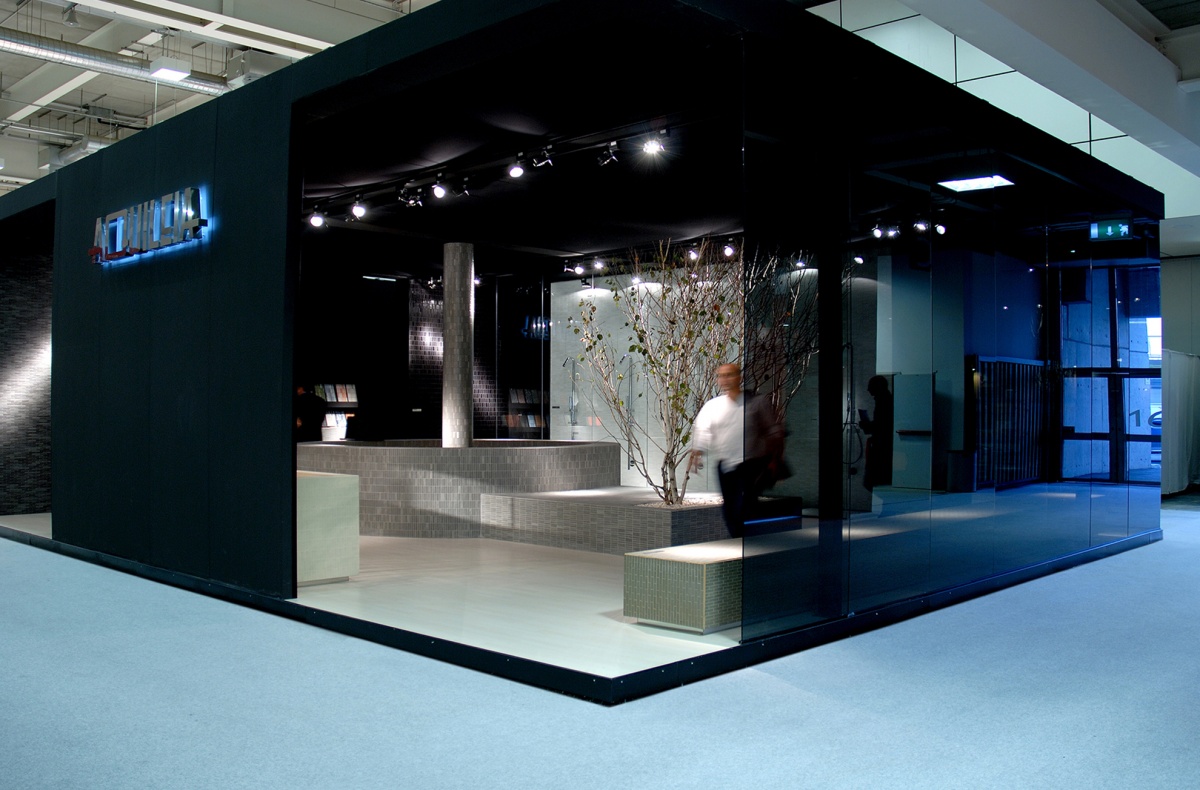 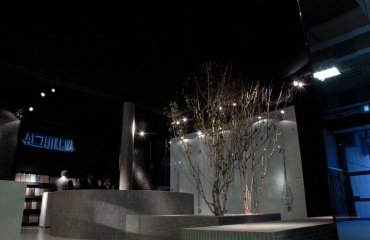 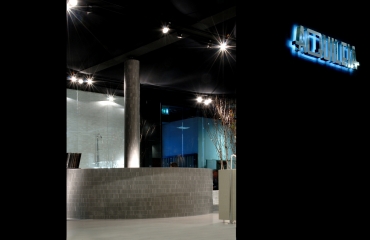 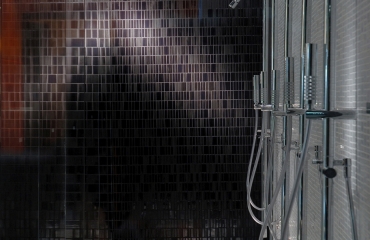 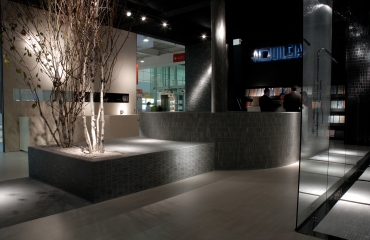 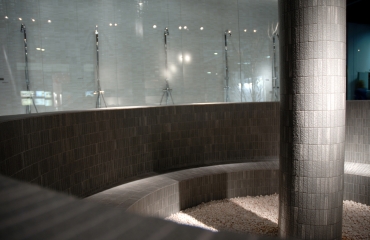 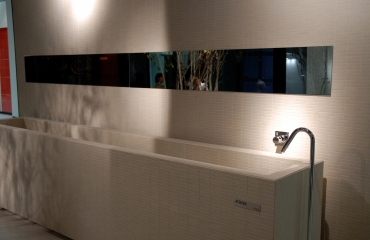 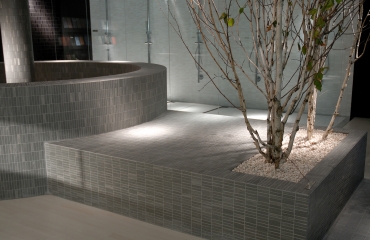