The space designed for Cersaie ’09, depicts the color values and graphs of mosaic compositions with the playful representation of a bathhouse. So Aquileia Beach arises, a space bounded by a wall to the left, which follows the sea and fish, on the other side are the colorful silhouettes of dressing cabins, representing the beach iconography. At the center of a platform covered with mosaic, representing the beach with umbrellas, beach towels and dedicated sun beds. At the center stands the cabane, inside of which a luminescent mosaic was presented. Behind that, there is a shower area and a wall with the image of a macro-sized goldfish. Textile circles standing out while reproducing the sun and the reception is identified by the silhouette of a maritime-style bar. The flooring is covered by a natural coconut mat. 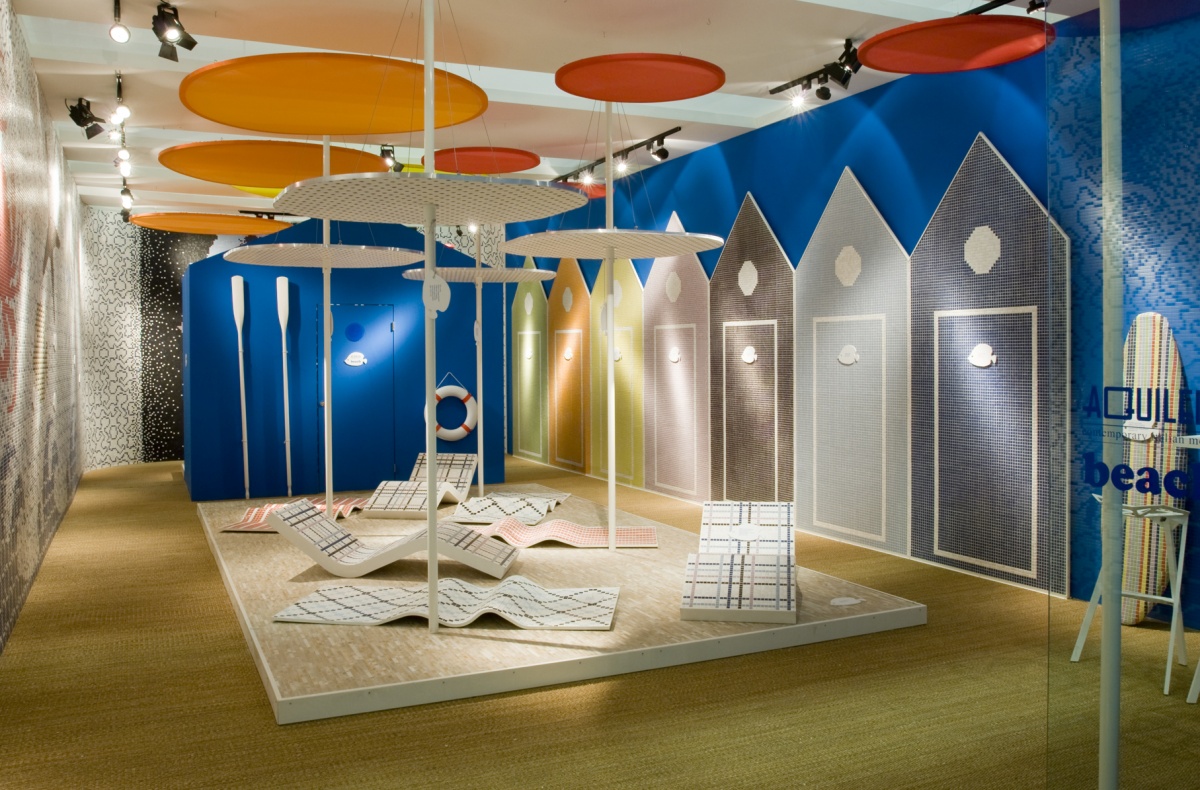 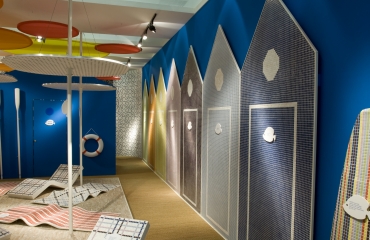 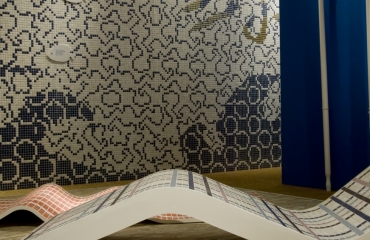 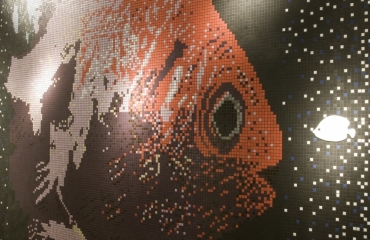 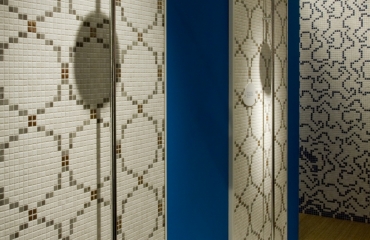 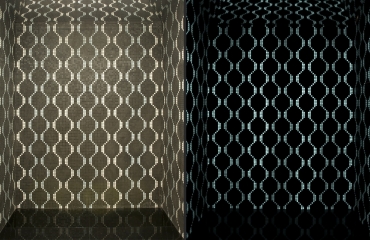 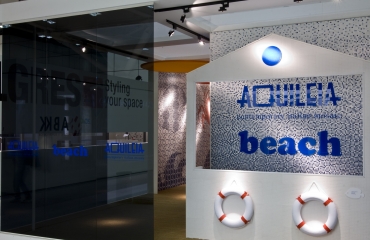